Manufacturing output is slowing in key production centers in Southeast Asia due to the rampant spread of COVID-19’s delta variant, making it more difficult and more expensive for western brands to get goods produced and shipped to North America.

The slowdown in activity has the potential to get worse in the weeks ahead in the wake of developments like stay-at-home orders issued by the government in Vietnam, a key country for the production of everything from apparel and shoes to upholstery.

The grim news comes as the global supply chain for virtually every industry is already in disarray due to COVID-caused complications.

How will promo’s supply chain hold up in the busy holiday season and beyond? What will inventory levels be like? Find out in this Promo Insiders podcast.

One thing driving up costs and making it harder and pricier to get promo goods manufactured is constraint on factories related to attempts to control outbreaks of the delta variant in Asia, where the vast majority of domestically sold promotional products are produced.

COVID clearly weighed on Southeast Asia factories in August, where manufacturing managers in Vietnam, Thailand, and the Philippines all reported deeper contractions in activity.

The IHS Markit purchasing managers’ index (PMI) for Vietnam dropped from 45.1 in July to 40.2 in August. It was the third straight month of declining activity and the lowest reading since April 2020. Readings above 50 denote expansion; below 50 signifies contraction. Vietnam produces more than 30% of the United States’ shoe imports and is second only to China when it comes to supplying the shoes and apparel that are imported to America.

Meanwhile, Thailand’s PMI retreated month-over-month from 48.7 to 48.3 – the seventh time in the last eight months that activity eroded. The Philippines recorded its lowest PMI in some 15 months, falling from moderate expansion territory in July (50.4) to contraction in August (46.4).

Indonesia’s PMI rose more than three percentage points month over month to 43.7 in August, and Malasyia’s inched up to 43.4, but that still means contraction was occurring in both countries, just not at as rapid a rate. Elsewhere, India bucked the trend, with IHS Markit data showing that manufacturing remained in expansion with a PMI of 52.3 in August. Still, India’s rate of expansion declined, having slipped from 55.3 in July.

Analysts say the fact that the overwhelming majority of people in these countries are unvaccinated is fueling the COVID outbreaks and thus impacting factories’ ability to function.

“Southeast Asia’s under-vaccinated economies have been fighting record levels of infections and deaths, including in Thailand, Malaysia and Vietnam,” Bloomberg reported. “Of 53 countries in Bloomberg’s latest Covid Resilience Ranking, the bottom five are all in Southeast Asia.”

In August, more than 80 apparel and footwear brands, including Nike, penned a letter to President Joe Biden pleading with his administration to donate vaccines to Vietnam. “The health of our industry is directly dependent on the health of Vietnam’s industry,” the letter said.

The White House is reportedly providing an additional 1 million doses of the Pfizer vaccine to Vietnam, a rollout expected to start on Sept. 1/Sept. 2.

The official PMI for China, which has temporarily shuttered certain ports and implemented localized lockdowns in recent months in attempts to combat delta flare-ups, declined slightly from July (50.4) to August (50.1).

The reading indicated manufacturing expansion was still occurring in August, but there were headwinds. The new export orders sub-index declined to 46.7 in August from 47.7 in July. Furthermore, the Caixin Media and IHS Markit PMI for China showed that manufacturing there had fallen into contraction, with a tally of 49.2, the lowest level since February 2020 when societal shutdowns grounded production activity in China.

Manufacturing activity continued to expand in Japan, Taiwan and South Korea, but those countries experienced month over month PMI declines that indicated the expansion was slowing.

Thank you for reviewing our blog. If there is information that you did not see and would like to be covered by EDC, please send us a request. 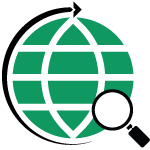 If you’re looking for the “hard to find” items or want to know if you’re getting the best pricing, let EDC help. 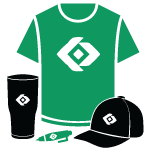 EDC creatively brands the newest and most stylish promotional items on the market. In addition, EDC will build you an e-commerce site. 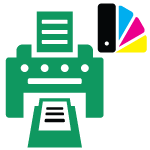 EDC has a full production print shop to help with all your printing needs. 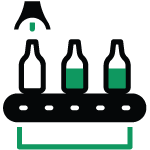 
Bottling 1.5 oz up to 1 gallon and liquid filling of pails, drums, and totes.